Registration
Home » About Us » News » A Little of the East in the Modern World. Delivering Tobacco for Hookahs by International Airfreight

A Little of the East in the Modern World. Delivering Tobacco for Hookahs by International Airfreight 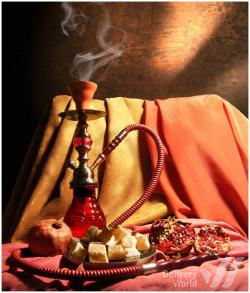 Nobody exactly knows where and when the first hookahs appear, yet it is believed that the first hookahs appeared in India, and later spread all over the Muslim World, from Indo-China to Morocco. Only in the 19th century the hookahs became popular in Europe. Based on some researches, the hookahs were first used as painkillers, and it was just coconut with inserted empty cane pipe, and herbal mix placed inside it.

Tobacco used for hookahs differs from standard smoking tobacco a lot. The main difference is that this tobacco should be moist, even wet, so that if compressed the liquid will get out, and its consistency resembles jam. The main component is tobacco leaves, first soaked in water and crushed later. The composition also includes syrup (or honey), glycerin, aroma, and preservatives. United Arab Emirates and Egypt are recognized as the best hookah tobacco producers.

Spending time smoking hookah is very popular in Moscow, especially if one is doing it with friends. Yet one should not forget, that smoking hookah harms health, the smoke one takes in contains toxic elements that lead to oncologic diseases, problems with childbirth, and lung diseases. Hookah harms health just like the cigarettes do. Relatively rare smoking, compared to cigarettes, can be considered one of the hookah's advantages. Moscow adopted the law limiting tobacco smoking, including hookahs.