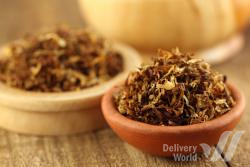 After the New World discovery, Christopher Columbus brought many useful things, including tomatoes and potatoes. Plenty of novelties brought from the New World included product importance of which exceeded potato, corn and tomato in times.

American Indians knew tobacco for long time, and it is considered that they used to grow tobacco even 5 years B.C., and by the New Age the plant was widely spread across America. Yet, unlike today’s smokers, Indians used tobacco as important mean for religious, diplomatic (we all know about “pipe of peace) and medical purposes (Indians used to chew its leaves to fight tooth pain).

One of the members of Columbus crew during his stay in America got addicted to tobacco leaves smoking, and he is considered to be the first European smoker. If truth be told, he as well has become the first victim of tobacco addition; church did not like the outlook of smoke breathing human, and unlucky smoker had to spend several years in prison.

Its spreading in Europe was much assisted by its ability to cause addiction, combined with rumors of multiple useful and even healing properties available with tobacco; soon the Europeans started to grow it themselves.

In the middle of September, Delivery World shipped lot of quality tobacco from San Francisco . Delivery World is absolutely negative about smoking, but we are always glad to offer helping hand to our regular customers, especially when delivery of their goods requires exceptional expertise in delivery arrangement.