Registration
Home » About Us » News » Melody for a Soul from Japan. Delivery of the Saxophones from the Land of the Rising Sun

Melody for a Soul from Japan. Delivery of the Saxophones from the Land of the Rising Sun

"If my soul could sign, it would sound like this", are the words often said about saxophone, the instrument having incredibly touching sound and capacities.

Saxophone was invented in the beginning of 1840s. In this time, Sax, that was working in the music manufacture of his father in Dinan, and had received several patents by that, was searching for the ways to illuminate existing differences between wooden and brass instruments of the brass bands. The new instrument was first presented on industrial exhibition in Brussels in August 1841 as "mouthpiece ophiecleide".

Since birth of jazz in the end of the XIX century in the US, saxophone became one of its main instruments. Specific sound and incredible expression abilities of the instrument were perfect for this style of music. From 1918, according to one of the critics, the country got into "saxophonomania".

In the swing era (from mid of 1930s) swing bands became popular, and saxophone groups became a must. Usually such orchestras included at least five saxophones, though the composition could vary; sometimes one of the saxophonists also played on the clarinet, flute or higher tuned saxophone. Saxophone remains one of the leading instruments of the modern jazz.

Nowadays saxophones are produced all over the world. The instruments made in Japan are well known for utmost quality, as all of them pass precise pre-sale control and preparation.

In the middle of March Delivery World brought lot of the saxophones from Tokyo (Japan) to St. Petersburg () via Helsinki (Finland). The cargo was safely received by our customer just in time. Soon the saxophones shipped by Delivery World will be available for sale in the n culture capital. 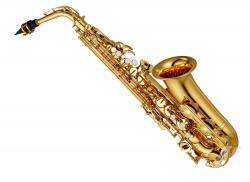