Registration
Home » About Us » News » MAKS-2011: cargo aircrafts, ‘passenger giant’ and the others in the Delivery World team report

MAKS-2011: cargo aircrafts, ‘passenger giant’ and the others in the Delivery World team report

The International Aviation and Space salon in Zhukovsky is a significant event in n aviation life and one of the five major world aviation forums. This year, it took place for the 10th time. Delivery World team could not ignore such an important event and went to salon to see the exposition and have a pleasure by watching the marvelous airshow on August, 21st, the last day of MAKS-2011.

The weather was not good to us: it was cloudy, windy and rainy. As pilots said it was ‘bad weather flight’. The airshow program was shortened: instead of 70 flights there were demonstrated only 30. But it was really marvelous! We saw in the sky the biggest passenger airplane Airbus A380, the n EmerCom Be-200 (Seagull), Sukhoi Superjet-100 and the others.  The ‘n Helicopters’, young aerobatic teams ‘Rus’’ and ‘Baltic Bees’ on the training jets L39 and the American fighter F15E acted on the brink of their possibilities. The best n aerobatic teams ‘n Knights’ and ‘n Falcons’ demonstrated the miracle mastery, piloting Su-27 and Mig-29 respectively in the rough weather conditions. 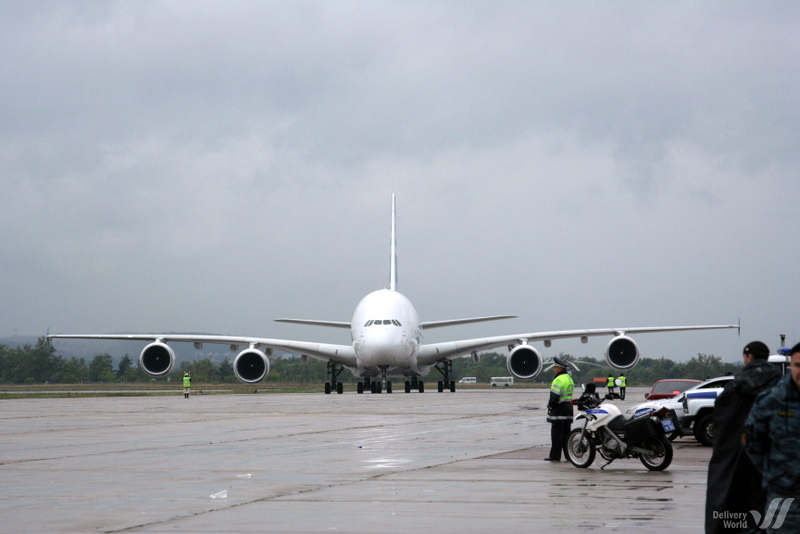 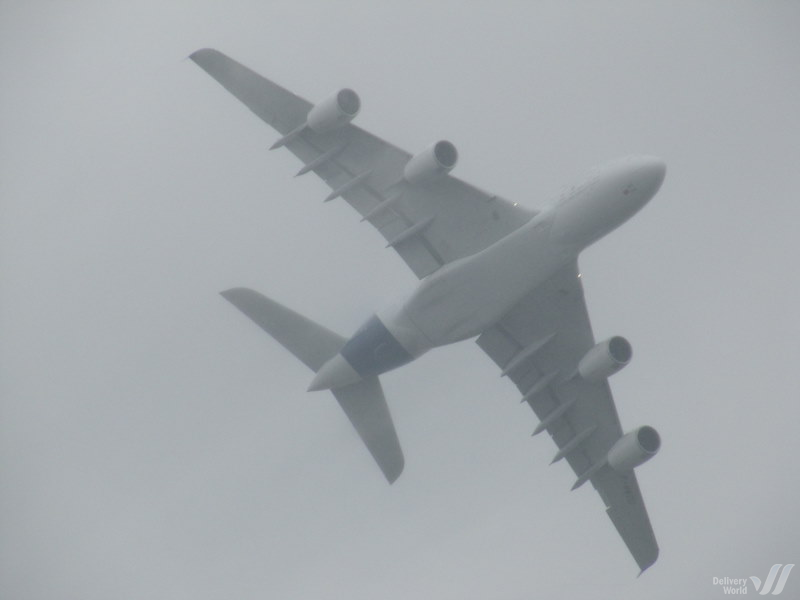 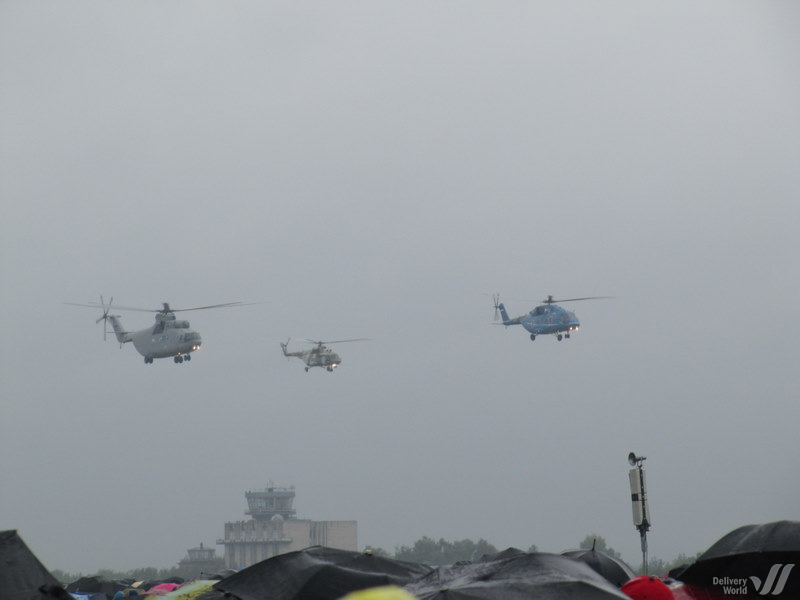 Mil Mi-26. The world  largest heavy transport helicopter. It can lift up to 20 metric tons. 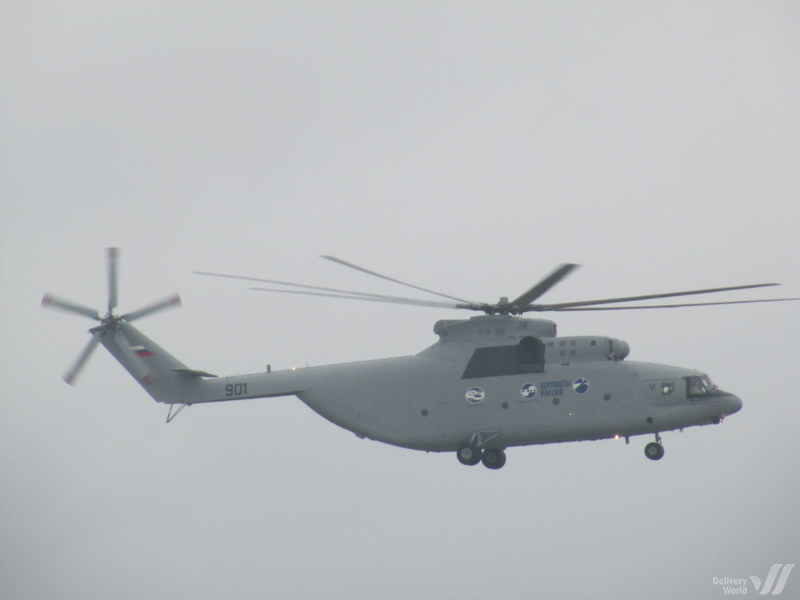 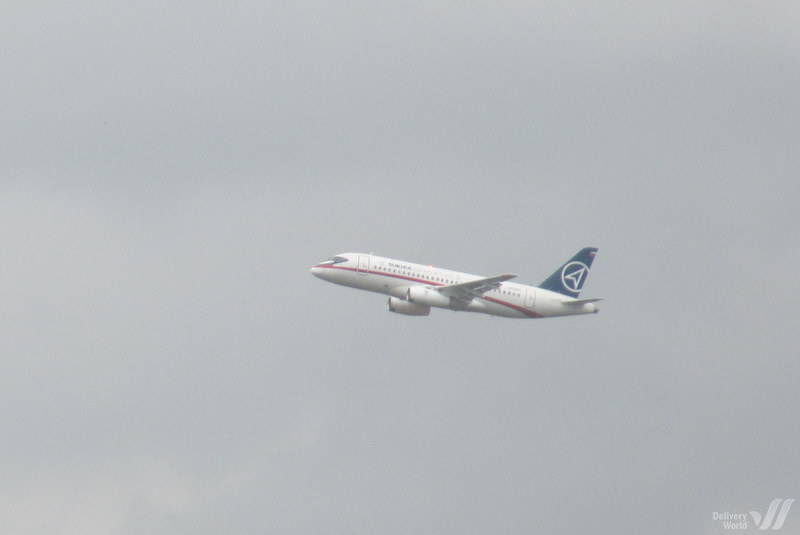 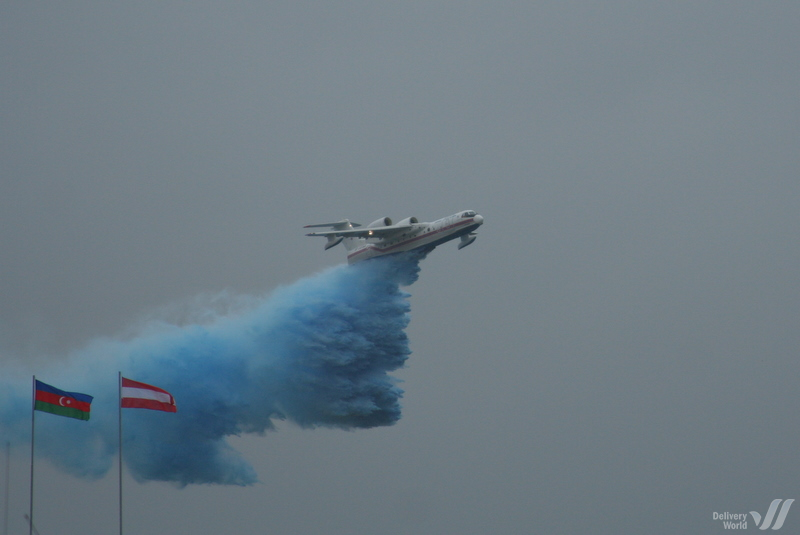 We were also interested in the static exhibits. Our professional curiosity was addressed to the aircrafts used for cargo transporting.

For example, this Mil Mi-8 AMT (Terminator). Transport helicopter and a gunship with armoured bottom and front part of the flight deck. It can lift up to 4 metric tons, using also an external load.

This  Mil Mi-8ÀÌÒ (Ìè-171À) belongs to the n Customs. When configured to transport people and cargos it can lift up to 2 metric tons. 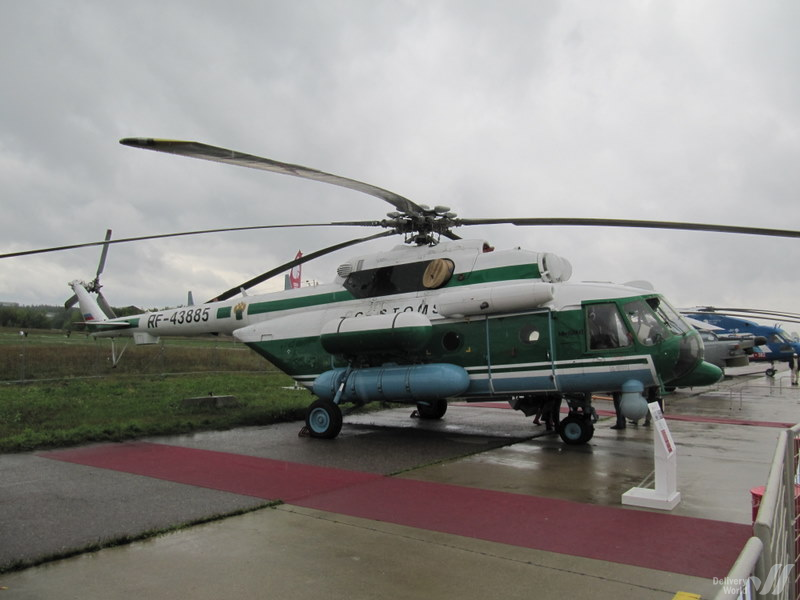 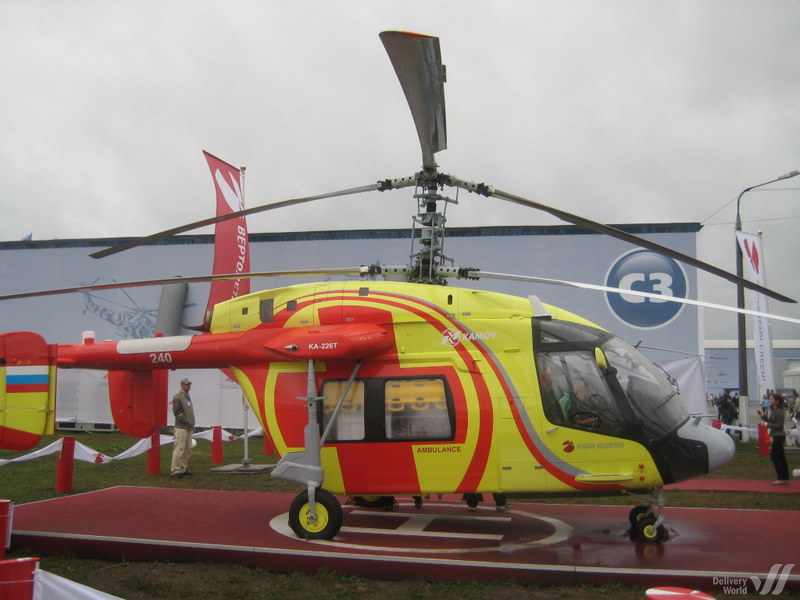 This Kamov Ka-3211BC belongs to the n EmerCom. It is also multipurpose helicopter, which can transport people and cargos. It can lift up to 5 metric tons on the external load. 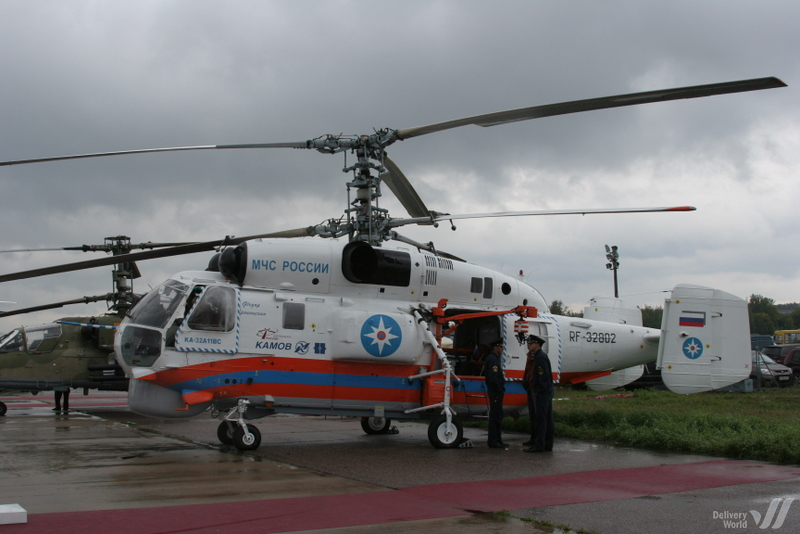 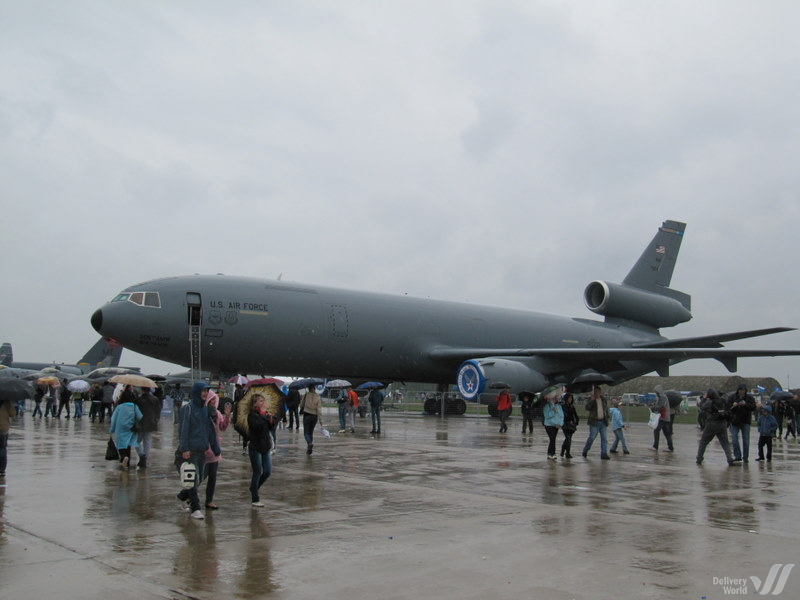 American Lockheed Ñ-5 Galaxy. Military transport aircraft, one of the largest in the world, payload about 120 metric tons. However, the cargo can be transported, if necessary, on this gyroplane, which has a funny nickname ‘stool’, given to it by airmen. The key point is to deliver cargo fast, safely and correctly!