Registration
Home » About Us » News » The Scent Story: Perfumes by Airfreight from France

The Scent Story: Perfumes by Airfreight from France 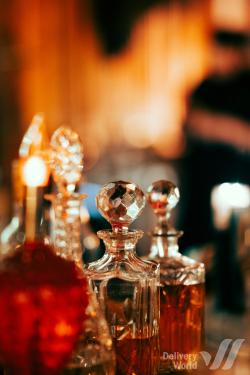 Provence and the French Riviera is the region which houses the largest farms of plants used in the production of scented substances. The town of Grasse is by far the most well-known point of interest in the region – the town is referred to as the perfume capital of the world, and was made famous by the movie “Perfume: The Story of a Murderer”.

Tremendous success of Grass in perfume industry started in the 12th century. At the time, Provence-Alpes-Côte d’Azur was known for its tanning industry, and leather-working was usually accompanied by a wide range of unpleasant smells. The increasing air pollution resulted in attempts to combat the stench with perfume in the 16th century. As it turned out, the local climate was very conducive to growing plants used in manufacturing scented substances, and, eventually, the perfume industry overtook the local tanners in importance. The region developed at its fastest pace during the Enlightenment, when the local workshops manufactured perfume for the most famous Paris fashion designers.

The explosive growth of the perfume industry would never have happened if not for the efforts to recruit people with an extremely keen sense of smell. The so-called “noses” work there to this day, and their services are said to be worth their weight in gold. There only exist about 50 such experts, and their services are in demand among all major global perfume manufacturers.

In the beginning of August Delivery World shipped lot of French scents by airfreight. Fragile cargo requiring extremely careful handling can only be entrusted to the partner you trust. Reliable, quality service and careful consideration of even smallest details make our customers chose Delivery World again and again.