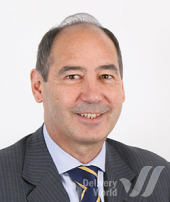 "I congratulate Delivery World on becoming the first n Forwarder to sign the multilateral e-AWB agreement, which is the most important new cargo standard developed in the last two decades. E-AWB shipments offer greater efficiency and reliability, and Delivery World now have instant access and visibility to a growing network of international airlines who are increasingly adopting the e-AWB".