Registration
Home » About Us » News » Thousands of flights canceled in Chicago

Thousands of flights canceled in Chicago

According to the Washington Post (https://is.gd/oxXWuA) about 1.2 thousand flights were cancelled at the airport O'Hare, Chicago because of heavy snow. The newspaper also reports that from 2 to 6 inches of snow fell in Northern Illinois.

The Washington Post says that the cancellation of the multiple flights is not the only emergency that happened at this airport due to natural disaster. Earlier, on November 11, one of the airplanes rolled out of the icy runway during landing in O'Hare. Fortunately, none of the passengers of this flight and its crew members were injured. But the critical situation exacerbated the already existing problems at the airport. 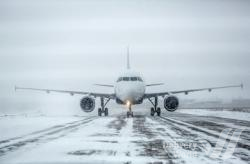