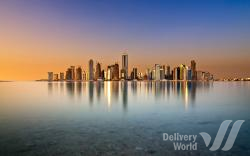 The tenth anniversary exhibition and conference Trans Middle East 2014 has been held in Doha (Qatar), the city located on Arabian Gulf coast. Representatives of Delivery World took part in this event.

Top managers of the largest Middle Eastern logistics companies discussed with the participants of the show the latest events influencing development of the industry in the region. Two-days event's program consisted of four sessions focusing on the import and export issues to/from the Middle East states. The conference also touched upon the problems that may arise in course of cargo transportation, possible solutions, and innovative technologies that should be implemented to improve the whole transportation process in the Middle East. The industry experts answered all the questions of interest to the participants.

Delivery World delivers cargoes from the Middle East on the regular basis. Also, Dubai is the largest transport hub in the Middle East for the cargoes following to and from Europe from African countries and South-West Asia. Hundreds of thousands tones of all types of cargoes are shipped via Dubai Airport, by our company as well.

Participation in the exhibition and conference was of great interest to Delivery World's professionals. Trans Middle East provides exceptional opportunity to establish relations with the biggest players of the Middle East transportation market that becomes more solid every year. We expect new contracts for cooperation to be signed shortly. Our representatives had meetings and discussed partnership prospects with existing partners. 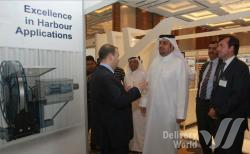