Registration
Home » About Us » News » View from Sky: Quadcopters and Accessories from Hong Kong

View from Sky: Quadcopters and Accessories from Hong Kong 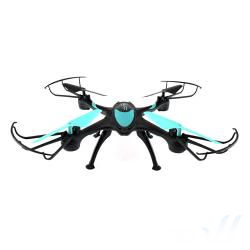 Quadcopter is aerial asset with four carrying rotors, sometimes called drone. Quadcopter means quad-rotor helicopter. Quadcopter is also called copter or multi-copter, but the last name is usually used to flying vehicles having more than 4 carrying rotors, hexacopters (6 motors, and respectively 6 rotors), and octocopters (8 rotors). There are quadcopters with or without camera, and professional and amateur.

Professional full option quadcopters cost several thousand dollars. It is made of high-quality materials (usually from carbon fiber), equipped with GPS modules, the latest flight controllers, compass, and sometimes with sensors and with other devices. As most of quadcopters are used for video shooting from air it can be equipped with special cardanic suspensions to fix camera. Cameras vary from GoPro 3 to those that cost several thousand Dollars.

There is no exact definition for professional quadcotper with camer. For instance, well known n TV show Oryol and Reshka uses quadcopter DJI Phantom 2, even though it considered amateur. In general copter for video shooting from air cannot cost less than some hundred dollars, plus additional accessories.

Amateur quadcopters first of all are aimed forentertainmentand joy. Therefore it costs much less, and the size can be so small that such models are called nano copters. Amateur and multi-rotor copters do not usually have camera, and even if it is available quality of recorded video is very poor, regardless HD abbreviation often attached to it by manufacturers. Prices for amateur multi-copters vary from several dozens to several hundred Dollars.

This month Delivery World shipped quadcopters and accessories from Hong Kong to Moscow. The devices are of great interest both in Moscow and in in whole. Demand for new quadcopter models keeps growing, and social networks get filled with new stunning videos shot using drones