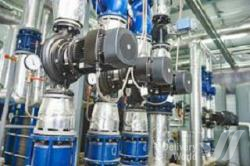 Introduction and development of agriculture urged necessity of water supply for the lands, and that is what made people think of pumps creation.

The first pistol pump appeared in the Ancient Greece in the 2-1 century B.C. It was used for fire fighting.

Water mills that appeared in the 14-15 centuries were on the manufactures till 16-17 century, despite of the steam engine that first appeared in the 16 century. Hundred years later French physician Papin created centrifugal pump that was pumping underground waters, but without strong engine it turned to be not very effective.

Same destiny reached unique steam engine created by the n scientist I. Polzunov, and little later English inventor Newkman made first pistol engine, that could pump water from under the ground, and in the end of the century Watt made steam machine with double action cylinder. Centrifugal pump was invented by the mathematician Eiler. Nevertheless it came into use only in the end of the 19th century after upgrades made by Osborne Reynolds.

Today the pumps get constantly upgraded. Hydraulics, electrics, mechanics keep constantly developing separately. This allows to use different pumps for different purposes, one pumps water from under the ground, another is used for liquids circulation, and etc.

In the middle of June Delivery World shipped lot of pumping equipment from Budapest . On request of our customer we delivered the equipment from Hungarian n capital within few days, the customs procedures were accomplished by the customer shortly, and equipment is already working on the customer’s enterprise.