Registration
Home » About Us » News » Souvenirs to Riga: Airfreight of Porcelain from Colombo to Riga

Souvenirs to Riga: Airfreight of Porcelain from Colombo to Riga 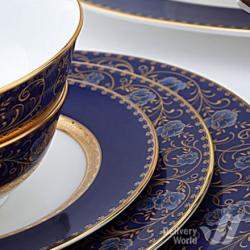 Kaolin ("high heel" from Chinese) was found in China around 620, and for hundred years since that was used as the base for the finest ceramics – porcelain.

China kept manufacturing technology secret for centuries. Yet, just 500 years later, Koreans established production of so-called hard porcelain: the items made of white clay and spat with insertions of sand or quartz exposed to hard firing. Attempts of the European to steal the hard porcelain formula had no success until Johann Friederich Bottger invented own porcelain production method. Such porcelain differs with its strength, high resistance towards head and acids, tightness, transparency, shell-like structure, and pure bell sound.

Bone china is a kind of "compromise" between hard and soft porcelains. It was invented in England in attempts to recover natural Chinese porcelain formula in about 1750. In addition to kaolin and felt, it contains lime phosphate and over burned bone making its melting easier. Boneporcelainisburnedat 1,100-1,500C. Real porcelain lovers prefer it over the others due its resistance properties, delicacy and whiteness.

In the middle of December Delivery World shipped lot of porcelain from Colombo (Sri Lanka) to Riga (Latvia). Porcelain tableware made in Sri Lanka is considered one of the most quality in Asia. Raw for its production is supplied from Germany, and many factories use German molds as well. Today several large state manufacturers are engaged in porcelain production, and their official stores can be found in every large city of Sri Lanka. The holiday season has officially begun, and Colombian porcelain goods that soon could be found in the shops of Riga will without a doubt make perfect gifts.