Registration
Home » About Us » News » To the car tuning-studio by plane: delivery of Nissan Patrol from UAE to Japan

To the car tuning-studio by plane: delivery of Nissan Patrol from UAE to Japan 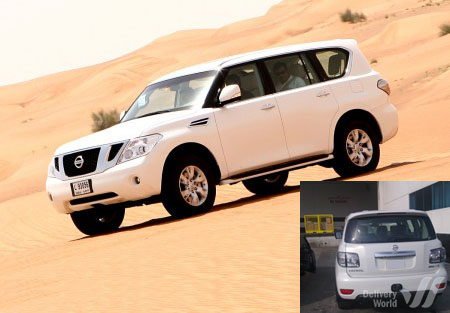 At the end of last week Delivery World performed a shipment of vehicle by aircraft. This time our services were used to transport Nissan Patrol of 2011 issue from UAE to Japan, to tell more precisely, to the tuning-studio, located in Tokyo.

The SUVs of Nissan Patrol family are being produced by the world-famous auto concern for 60 years (since 1951). During this time the outside design has been transformed significantly, but the main idea of Nissan Patrol remains unchanged: it is a powerful SUV of low maintenance having the same safety both on the hot sand of desert and on marshy soil of northern forests.

Our company which provides the air freight forwarding services all over the world performed the safe transporting of the legendary auto family representative. We also provided insurance for this cargo, using services of our longstanding reliable partner AXA Gulf. Nissan Patrol was delivered to the doors of the consignee precisely on time and safely. The owner of the vehicle is going to transport his SUV back to UAE also by aircraft.

We have informed you earlier about delivery of Ferrari Enzo and Ferrari Fiorano, and also about the most expensive street-legal car of the world – Bugatti Veyron. Delivery World has also delivered the exclusively designed Invader L60 base on Lexus LX570.