Registration
Home » About Us » News » Sound up: Microphones by Airfreight from Germany

Sound up: Microphones by Airfreight from Germany 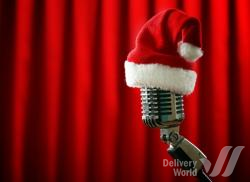 The first microphone was patented on March 4, 1877. From that time, March 4 is considered the device’s birthday.

Emile Berliner was the first to receive patent for microphone, but his invention was not the first one that could make voice louder. Acoustic sound boosting systems were known even in Ancient Theaters. Comedies and tragedies were performed in open amphitheaters, with sound boosting vessels mounted into the walls, and horns affixed inside masks of the actors.

Nevertheless theaters did not object primacy of Berliner. It was Alexander Bell, who claimed being the inventor of the microphone, by presenting invention for sound transmitting called “liquid transmitter” on the International Expo in Philadelphia a year before Berliner, in 1976.

Primacy disputes have ended long ago, and microphone together with telephone became integral part of our everyday lives. In the beginning of December, right before Holiday Seasons with many of celebrations that cannot go without microphone, Delivery World shipped lot of microphones from Germany to Moscow. The customer accomplished customs processing of the cargo, and who knows maybe “Happy New Year!” this time will sound for you with the help of Delivery World.