Registration
Home » About Us » News » Winter Flue Season without Fear: Airfreight of the Medicines from Turkey and Korea

Winter Flue Season without Fear: Airfreight of the Medicines from Turkey and Korea 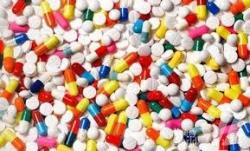 In all times people were searching for the ways to cure diseases; nearly magic curing properties were believed to be available with the such substances that may hit one now like tone of bricks.

For instance during the ruling of Elizaveta Petrovna sugar (available only to rich and empress surrounding) was considered the best tooth pain remedy; in 1830 ketchup was sold as medicine, and Coca-Cola which contained cocaine till 1913 was used to cure stomach pain in the end of the 19th century; in the same 19th century heroin was considered cough medicine, and the pharmacology book assured the reader that quicksilver can cure near any sickness, while weight loss tablets contained warms cells.

Of course not all pharmaceutical goods of the past have been so scary. For instance antibiotics were use nowadays, were discovered by Alexander Fleming by chance, when he left tube with staphylococcus for several days and found fungi that grew inside it in several days, and started to destroy bacteria. Later Fleming subtracted penicillin. Even though antibiotics were not used till early 1900s, it is known that Ancient Egyptians used mouldy bread to cure illnesses.

In the beginning of December Delivery World shipped several lots of medicines from Korea and Turkey . Our customers chose us not only for constant perfect correlation of price and cost of the services, exceptional performance of any assignments, ability to arrange delivery of any complex freight right in time, accuracy and attention to any even smallest details, expertise and reliability proved with years of work in international airfreight. The customer is finalizing customs formalities, and the shipped medicines will be available in healthcare institutions and pharmacies of shortly.