Registration
Home » About Us » News » The Most Useful Set: Delivering Manicure Sets from Korea

The Most Useful Set: Delivering Manicure Sets from Korea 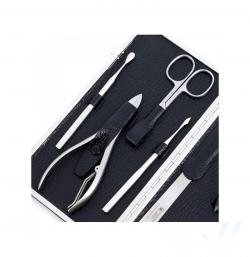 The sales of manicure sets started in the end of the 19th century. Manicure became popular following series of revolutionary discoveries in medicine. Discovered direct relations between clean hands and nails that reduced infectious diseases and sepsis risks.

The sets that could be called professional manicure sets appeared much later. Of course it did not contain any cuticle or skin scissors, but had unbelievable items inside; hook-style pushers.

It was usually used to cure nail fungus. All treatment consisted of removing fungus infected skin under the nail using manicure instruments made of silver. Such kind of pushers disappeared from the manicure sets only in the 1930th.

Right before the biggest n Holiday Delivery World shipped lot of manicure sets and hair combs from Korea . Soon the delivered manicure sets will appear in the n shops, and maybe will become a present for someone.