Registration
Home » About Us » News » For Iron Horses: Valves and Injection Lines by Airfreight from Kuala-Lumpur

For Iron Horses: Valves and Injection Lines by Airfreight from Kuala-Lumpur 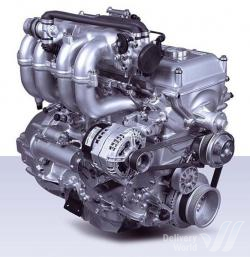 Fuel injection system is the system of fuel supply installed in benzene automobiles from the end of the 1980s. Unlike carburetor fuel supply system, the fuel injection is performed by booster injection of fuel through valves to intake manifold or cylinder. Automobiles equipped with this system are called injection. In aviation using cylinder piping injection system has been used from 1930s, yet due to low level of electronic and precise mechanics of the time, it remained faulty. Beginning of the petroleum jet era ended the works on injection system. The "second coming" of injection to aviation (light jet) happened in the end of the 1990s.

Motor control systems in automobile building were first applied in 1951 by equipping 700 coupe Sport made by Goliath from Bremen by mechanical system of direct fuel injection, later such engines were installed on Mercedes-Benz 300 SL, Chrysler, and Gaz. Nevertheless till development of cheap microprocessors, and introduction of strict requirement to automobile pollution, injection system was not popular; only from the end of the 1970s all word manufacturers started to use it.

Injection lines and valves are irreplaceable parts of injection engines, and that is what was shipped by Delivery World from Kuala-Lumpur (Malaysia) . Years-long experience of Delivery world served a guarantee of speedy and timely delivery. Soon the delivered parts will be available in car service centers and shops of .