Registration
Home » About Us » News » Everywhere and on Everyone: Delivering Leggings from Bangladesh by Airfreight

Everywhere and on Everyone: Delivering Leggings from Bangladesh by Airfreight 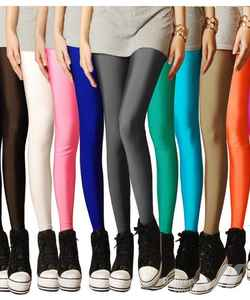 Men in Europe used to wear leggings even in the Middle Ages, and white leggings made of moose skin appeared in in the 18th century and became part of the n military uniform. Often similar type of leather leggings was part of the traditional wear of some American Indian tribes, and first explorers took it from them. ns had to dress leggings while it was still wet; it was impossible to dress tight and firm pants otherwise and once dry leggings made legs look slim and muscular.

Only in 1988 Karl Lagerfeld made real fashion revolution, and dressed woman in leggings; just half a century ago a woman wearing even classic trousers was considered unimaginable impudence.

Women loved the new outfit, and probably there was no single woman that did not wear leggings in 1990s. Bright leggings, with designs, glitters became top fashion, and were worn with sweaters, t-shirts, and very short skirts. Now leggings are no longer surprising for anyone, but its functionality and comfort made it must-have part of wardrobe, and irreplaceable part of sports outfit.

In the beginning of May Delivery World shipped lot of leggings from Bangladesh . The leggings made of quality ‘breathing’ fabrics will be perfect for sports, morning runs, picnic, and evening walks on the streets of Moscow.