Registration
Home » About Us » News » “Revolutionary and magical”: delivery of Apple iPad from Taiwan

“Revolutionary and magical”: delivery of Apple iPad from Taiwan 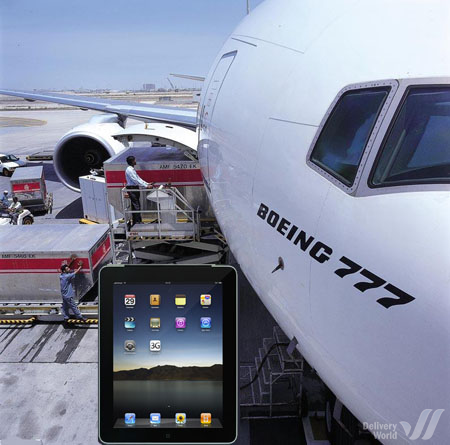 The “revolutionary and magical“, as it was called by the founder of Apple Inc. Steve Jobs, tablet PC iPad faced some troubles with its delivery to several countries. At first, the authorities of Israel prohibited import of iPad claiming its transmitter power too much for cellular networks of Holy Land. Then, the n government announced possibility of setting protective duties for devices with GPS-receivers and called as an example iPhone and iPad. And all this time there were many scandals caused by attempts to deliver iPad in a luggage or cabin baggage both of passengers and aircraft crew members.

Meanwhile, nobody cancelled the safe and proved way of delivery of electronic gadgets – air freight forwarding with strict compliance of law and customer’s instructions. And if the governmental initiatives are the matter of keeping national interests, the cargo delivery is a prerogative of the experienced and reliable freight forwarders. Delivery World provides on a regular basis delivery of Apple goods from Taiwan (Taipei) . In July, 2011, we organized delivery of several consignments of Apple iPad for the largest n distributors of High-Tech & Consumer Electronics. “Revolutionary and magical” tablet PC was delivered on time and safely.