Registration
Home » About Us » News » Be Gorgeous! Hair Care Products from Miami 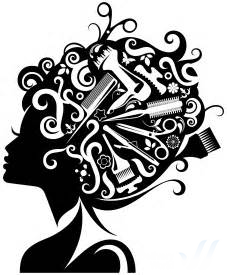 Hair have been greatly valued in all times. Especial value it had for women, as people believed that it is a way to connect with the universe. It was even believed that long hair are the main reason for strong intuition women have. From ancient times till today hair care remains one of the main concerns of the women.

Change of the hair color was considered a challenge. From long ago blonde hair are associated with seduction, even ancient Greek heroes often had blonde hair, and their gods – golden curls. Blonde and golden hair color were greatly spread in the Ancient Egypt: the ladies wore wigs and spent hours on the sun after applying Gaul oil (high content of alkali in oil helped hair to dye faster). Cleopatra used bear fat, and till today this expensive mixture is imported to her country.

In Ancient Greece and Rome only the women of pleasure could wear dyed blonde hair. During Solon's ruling kidnapped Asian ladies were forced to die their hair in saffron color, they had no social or civil rights, and their kids refused from them.

Empress Eugenie, the wife of Napoleon III was blonde. To express their loyalty to the monarchs, the ladies in waiting tried to copy everything the empress did, including her hair color. That was the time when one of the Paris hairdressers invented new way of dying hair using oxygen peroxide. Needless to say, that soon after most of the French nobility became blonde.

By the way, it is scientific fact: hair. contain gold sometimes, and women hair contain more gold, than men. It is believed that Genghis Khan had golden hair growing on the back of his head.

One cannot imagine beautiful person, especially woman, without hair. Of course all manipulations with hair harm it, and that is why in all times women took great care of hair. Egyptian Cleopatra used eggs masks: several egg yolks were whisked and rubbed into gorgeous hair of beloved woman of Caesar and Antony. Later it was rinsed with warm water. She also used herbal mixtures for hair rinses. Spanish Queen Isabel known for stunning hair made her servants brush her hair every day, and massage her scalp. The servants got really tired, cause this procedure lasted for hours.

Nowadays one can get lost in variety of cosmetics used for coloring, curling, straightening and treatinghair. American hair care products is suitable both for home and professional usage and is famous for its great quality. In this month Delivery World delivered lot of American hair cosmetic products from Miami . The freight arrived safely and in time, regardless the storms that took place in the US. Soon the delivered products will be available for residents and visitors of Moscow.