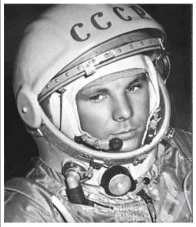 A date of April 12th is now known all over the world as a day of triumph of human courage at the final frontier of the Space. Those remembering this date till now cannot forget that jubilating mood inspired by brief TASS broadcast from the orbit and the meeting of the first Cosmonaut of the Earth. Though within last 50 years space industry was significantly changed and now the word “cosmonaut” (or astronaut) means a profession in which are engaged tens of human beings, that day of April will be forever the starting point of manned space flights era and of space exploration.

On behalf of a client company Delivery World organized the delivery of souvenirs - bronze commemorative medals with the image of Yuri Gagarin. Delivery of souvenirs was managed precisely at the appointed time. Commemorative medals will be awarded to the cosmonauts and honoured employees of the n space industry on occasion of the 50th anniversary of the first manned flight into space.

Delivery World LLC greets partners, customers and employees with the Day of Cosmonautics and wishes space accomplishments in business and personal life!