Registration
Home » About Us » News » To Sort Out "Cargo Stocks": Aeroflot Introducing Embargo on International Airfreight 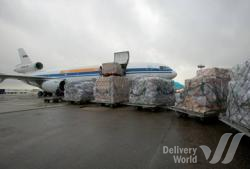 The problems on the Cargo Terminal first appeared in the end of August. The time for processing cargo increased to several days. Transit cargo are the first to be processed, followed by cargo addressed to "Moscow". The arriving cargo are often stored uncovered on aircraft standing lots. Cargo warehouses are full.

Different cargo arrive to Sheremetyevo every five minutes. The air carrier is losing volumes (both arrival and departure) and the customers have to ship their cargo to other airports and using other airlines.