Registration
Home » About Us » News » Like Smoke: E-cigarettes from China 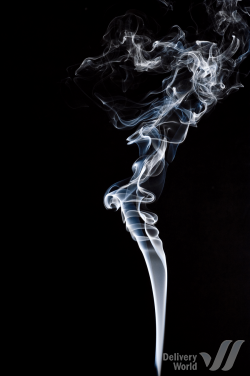 The First patent on e-cigarette was registered in the USA in the beginning of the 20th century. Yet, nothing shows that this technology was applied.

History of e-cigarette begins in 1965 in the USA, where Herbert A. Gilbert patented separate parts of technology. His invention did not become popular, and was not widely spread. He also failed to benefit from his patent, as it was far ahead the time and had lots in common with modern e-cigarette. Patent expired long before e-cigarettes got widely spread on the market.

Multiple researches and tests aimed to creation of e-cigarette took place in the end of the last century and in the early 2000s, but none was successful. Nevertheless, they resulted in creation of new “heat-not-burn” technology that is used today. One of the largest American tobacco companies applied to FDA for e-cigarette (nicotine supplying device) development and for its supply on the market, but in that time FDA was focused on medicine supplying device, and responded to application stating that the proposed product was too much similar to the unit in focus. Actually all this suspended further development of e-cigarette in the USA.

First e-cigarette successfully launched on the market was produced in Beijing in 2003. It was designed by 52 years old pharmacist, inventor and smoker, Hon Lik. His father was heavy smoker, and his death of lung cancer pushed him to create e-cigarette. In that time Lik worked at Golden Dragon Holdings, where he created the device and named in Ruyan, which means “like smoke”.

Today scientists proved that the damage caused to health by e-cigarettes can be compared with normal smoking, and it is primary aimed to assist to quit any type of smoking.

In the beginning of October Delivery World shipped lot of e-cigarettes from China . Our regular customer is completing customs formalities, and soon e-cigarettes shipped by our company will be available for sale.