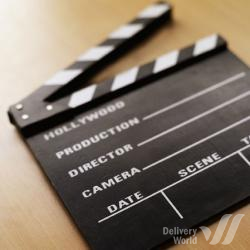 This time Delivery World received request for international airfreight delivery of the electronic cathode (CRT) ray projector from Los Angeles (USA) . These projectors provide the highest quality videos, and are the most expensive compared to other similar devices. Technologies used for video projection to external screen was first used in the 1950s. The general idea of work is that each of three electronic cathode ray high-light image tubes get combined on the screen, presenting "live" clear image.

Based on our customer's information, the delivered CRT projector will be used for broadcast of the documentary movie within the closed presentation in Moscow. The premier of the specially shot movie will be held in the nearest future, and that was the main reason for the urgency of delivery. As always Delivery world performed airfreight within the set deadlines, and nothing endangers the premier broadcast.