Registration
Home » About Us » News » Stop Disease: Antiseptic Concentrate by Airfreight from Johannesburg 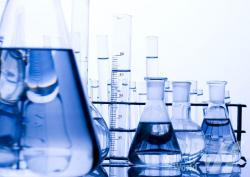 Even in the ancient time doctors were aware that some substances have antiseptic properties. In Ancient Egypt mixture of oils, spices, and oil products was used to prepare mummies, many of which preserved till today. Yet, for long time absence of antiseptics became serious obstacle for surgical medicine development.

Till the second half of the 19th century disinfection was absolutely out of question, bandages and layers were simply washed and transferred from one patient to another. One can hardly imagine it now, but nobody, including military surgeons, did not give any importance to washing hands and even surgical instruments, giving major importance to time and speed of operation. In result by the end of the 19th – beginning of the 20th century medical losses in military campaigns exceeded war losses in times.

Years of research made science move further, and, nobody doubts importance of clean hands, sterilization of instruments and disinfection. New realities of today make even common grocery shopping impossible without antiseptic, and some countries impose temporal ban on production and sale of alcohol products to prevent spread of COVID.

South Africa became one of the countries, that has banned production and sale of alcohol to fight pandemics, and in the end of July Delivery World has shipped lot of concentrated solution for antiseptic production from Johannesburg . Once customs processing performed by the customer is completed, the delivered concentrate will be transferred to production, and who knows, maybe it will serve your protection against disease.