Registration
Home » About Us » News » The Hottest Cargo: 1,400 kgs of Crushed Red Pepper from Spain

The Hottest Cargo: 1,400 kgs of Crushed Red Pepper from Spain 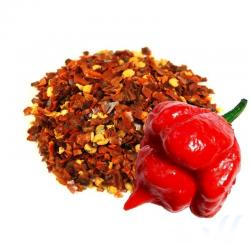 “Chili” is the name of cayenne pepper Capsicum Annum, in broad meaning it is applied to the most hot types of red pepper. The word which sounds close to the name of the country Chili in fact comes from Aztek word which means “red”.

This extremely hot pepper that appeared in result of selection in British lab, grows in Spain. Incredible burning is reached by cultivation in closed polyethylene tunnels, in closed premises with very high temperature. This artificially selected type of pepper cannot be found in traditional national cuisine.

In the end of August Delivery World shipped 1,400kgs of red crushed pepper from Alicante (Spain) to Moscow. Shipment of extremely hot cargo which safety fully depends on compliance with all shipping formalities, as even minor increase in humidity may become reason for its loss, can only be trusted to someone having your full trust. That is when Delivery World becomes the best choice; we do not only offer the best combination of price and quality, but guarantee utmost attention to every detail.