Registration
Home » About Us » News » Say "Cheese!": Cheese from Paris to Almaty by Airfreight

Say "Cheese!": Cheese from Paris to Almaty by Airfreight 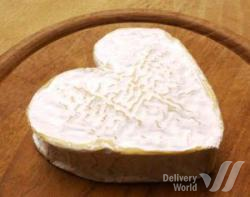 Cheese is one of the most popular products. Each of hundreds type of cheese has its own lovers. The first cheese was made 7,000 years B.C. on the Middle East from horse milk that was curded and sun dried.

Cheese cannot be eaten by everyone, people with lactose intolerance should never eat cheese. Cheese is also believed to be aphrodisiac.

Cheese is nearly worshiped in France. Charles de Gaulle said "It is impossible to rule the country that has 246 types of cheese!". Carl the Great was one of the greatest cheese lovers; with Brie being his favorite. Brie "stays alive" only 84 days 4 hours and 23 minutes, eating it later can cause food poisoning.

Cheese is used in traditional English game, it was Queen Victoria's wedding present, and was even used as a weapon during battle between the fleets of Uruguay and Argentina. From the middle of the 20th century North Italian banks started issuing loans using Parmesan (that takes 2-3 years to ripe) as a lien, and French cheese monger Andre Simone dedicated 17 years of his life to writing tract "About Cheese Making", where he described 839 types of cheese.

In the middle of February Delivery World shipped lot of cheese from Paris to Almaty. Years of work made Delivery World master perfection of every delivery we undertake. Soon, the French cheeses will be available for sale in Kazakhstan shops, and we have no doubt will make many Kazakh cheese lovers happy