Registration
Home » About Us » News » See Everything: CCTV Systems from UK and Canada

See Everything: CCTV Systems from UK and Canada 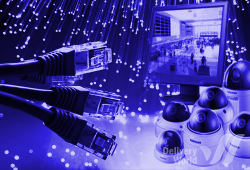 The first video surveillance systems appeared in Germany in 1942. It was designated to observe FAU-2 launch, and was developed by engineer Walter Bruch. Simple devices consisted of cameras and monitors, and were able to operate only in real time mode, and did not have recording option.

From 1947 US commenced using video surveillance for business purposes, starting with Vericon system produced in 1949 that used wires instead of radio waves. The first color video cameras appeared in 1950, but quality of colored image remained poor compared to black and white.

From 1959 video surveillance was used in Munich and Hannover to control street traffic. In 1960 German Police brought to operation first automatic photographing system to monitor violation of traffic rules. It was when cameras were placed on Trafalgar Square and in general in London (UK) to control people traffic. In 1965 public surveillance systems become more popular, and already in 1968 cameras were placed on the most crowded streets of New York.

In the beginning of February, Delivery World shipped several lots of CCTV systems from UK and Canada to Moscow. Fragile and technically complicated cargo arrived to the n capital safely and in time. Years-long utmost experience of Delivery World is the guarantee of the perfect delivery of any consignments.