Registration
Home » About Us » News » Cargo Collapse in Sheremetyevo: Tons of Cargos Stuck in Airport

Cargo Collapse in Sheremetyevo: Tons of Cargos Stuck in Airport 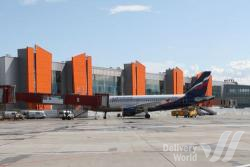 Tons of cargo got stuck in the Cargo Terminal of Moscow Sheremetyevo International Airport today. Collapse was due to the change of cargo service operator. Most of the parcels await to be dispatched for several days, including passports, so, that many ns can stay without already paid vacations. According to Interfax, the "pending" cargo include animals and even dead bodies (cargo 200).

The Press Secretary of the n Tourist Industry Union (RST) states, that the problems started in the end of the last week. The Passports received from the consulates, and handled for delivery to Sheremetyevo on the 28 August, remained in the Cargo Terminal of Sheremetyevo Airport in the evening of 1 September. This situation occurred due to the change of the operator in Sheremetyevo: the company turned to be not ready for such volumes of works, even though it won the tender for cargo handling in airport in January 2015. The Press Secretary marks, that all the volume of postal and courier shipments, has been transferred from Sheremetyevo-Cargo -Cargo Terminal. Tens of courier companies face problems as well, and call the situation collapse. It is not only tourists, that suffer. Tons of cargo, including live animals, industrial equipment, and cargo 200 are stuck in the airport. There are no improvements in situation till this moment.

The RST Press Secretary says, that the total 400 tons of cargo are stuck in the airport. The freight forwarding agents are afraid that due to the storage conditions this cargo will get spoiled or lost, threatening them with many billion fines. The companies also star to receive complains from dissatisfied customers.