Registration
Home » About Us » News » Reinventing the Wheel: Bicycle Spare Parts by Airfreight from Taiwan

Reinventing the Wheel: Bicycle Spare Parts by Airfreight from Taiwan 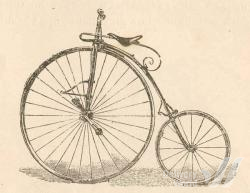 Bicycle is the most popular transportation on the Globe. There are about 1.4 bln bicycles in the world, and just 400 mln cars.

The bicycle becomes more and more popular every year. Today it is widely used not only in Asia but in Europe as well, to be sure just have a look on the streets of Amsterdam. Bicycles are all around this city. Since long ago, most of the Europeans understood that the bicycle is the transportation of the future, it is not afraid of traffic jams and global fuel crisis, and the owner of two-wheeled vehicle is in better and physical and intellectual state compared to car driver.

The popularity of the bicycle grows in , where even during couple months of the past summer the number of vehicle rentals in Moscow exceeded 2 million. On the territory of the former Soviet Union car still shows status of its owner. The situation may change in few years, and the benefits of the bicycle will be appreciated by more people here as well. The article published on ecoworldly.com names several reasons making bicycle the most popular transportation on earth, which include its accessibility, savings on fuel, comfort usage and easy parking.

In the middle of September Delivery World shipped lot of spare parts for the bicycles from Taiwan . The customer has completed customs formalities, and the delivered parts will be available for sale in the specialized shops shortly.