Registration
Home » About Us » News » By Surgery. Delivering Surgery Tools and Equipment from Pakistan to Moscow

By Surgery. Delivering Surgery Tools and Equipment from Pakistan to Moscow 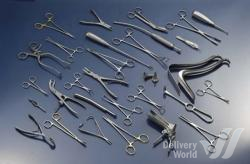 Surgery is one of the oldest branches of medicine. Even 6 thousand years B.C. the ancient doctors made surgeries, such as removal of culus from bladder, and craniotomy.

All ancient civilizations had different surgery methods, but Ancient India promoted surgery development the most. Indian doctors many centuries B.C. knew how to perform over 300 different surgeries.

Such development of surgery was due to the fact that autopsy aimed to study human anatomy met no obstacles in India. The dead body has been prepared by special wooden knife. Ancient Indian surgeons knew how to sew the tissues using linen and hempen threads, chorda and horse hair; how to stop bleeding using cold, ash, compression band; used stretching for broken bones and twists, fixed bands and bamboo frames; knew special techniques to treat burns, ulcers and tumors.

The Indian surgeons were especially good in plastic facial surgeries. Indian surgery was ahead European in this sphere until the 18th century.

Development of surgery tools always took special place in surgery development. It is known, that the first tools were made of stone; obsidian and silicium.Those were the instruments mostly used to open tissues and to treat cuts and wounds. Around 120 tools have been already in use in the Ancient India, Ancient Greek and Roman doctors Celsius and Hippocrates in the 3 century listed around hundred tools.

Since that time, rather big state of Pakistan has been formed on the Indian territory, and the surgery stepped far ahead. The main principles of many surgical tools remained unchanged, as well as it is almost impossible to perform any surgery without it.

In August Delivery World, the international air freight forwarder, shipped surgical tools and equipment from Islamabad (the capital of Pakistan) to Moscow. The customers chose Delivery World for reliability and fast delivery. Soon new equipment will be available in the hospital and clinics of the city.