Registration
Home » About Us » News » Japanese Longevity: Food Supplements by Airfreight from Japan to Moscow

Japanese Longevity: Food Supplements by Airfreight from Japan to Moscow 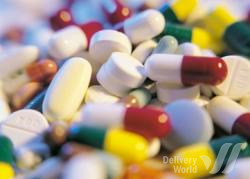 Over 80% of Americans take vitamins and minerals daily, in Japan this number reaches 93-98% of the population. Unfortunately,thisindexisconsiderablylower in Russia.

First food supplements appeared in the USA in 1930s. Hiroshima and Nagasaki attack took heavy tool on Japan’s population, and by 1960s Japanese started to face multiple health problems, that resulted mostly in birth rate and length of life decrease. Birth rate decreased so much, that by 1961 total population of Japan dropped till 19 mln people. That is when Japanese Government decided to finance dedicated researches, and scientist created state program named “Nation Rescue Program”.

All this reached extend, that a person applying for a job today fills out application has to answer the question “Which food supplements do you take?”. No answer or no clear answer on this question will result in rejected application. It took only 50 years for Japan to increase length of life to 80 years.

In the beginning of September Delivery World shipped lot of food supplements from Japan to Moscow, customs proceedings are completed, and who knows maybe this consignment delivered by us will form grounds for Russian longevity.