Registration
Home » About Us » News » Rubik's Cube of Our Times. Fidget Spinner from Dubai to Brussels and Antwerp

Rubik's Cube of Our Times. Fidget Spinner from Dubai to Brussels and Antwerp 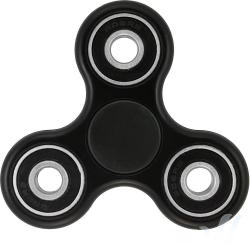 Fidget Spinner is new type of toys that are just as popular as Rubik's Cube or Tamagotchi in its time. Fidget Spinner got popular in 2017, and in May of this year the number of Google requests for it reached the number of requests related to US President Donald Trump. Fidge Spinner is small bearing with connected parts made of plastic or other material. The user holds inner stationary part, and twists external one. "Classic" spinner has three rays, but there are versions with two and four rays, and with round shape. Sometimes another beadings are installed on each ray, thus allowing to turn the toy not only around its center.

Spinner was created by Catherin Hettinger, inventor from Florida, in 1993. She told The Guardian that it happened in "awful summer" when she could not play with her daughter because of myasthenia, the disease leading to fast muscle tiredness and weakness. Spinner helped her to keep the child busy. Soon, Hettinger sold several thousands of devices, and decided to receive patent on her invention in 1996.But she did not move any further. Toy manufacturer Hasbro received to produce spinners, and the patent expired in 2005, when Hettinger had no money to renew it. Later smaller companies started to produce spinners as therapeutic devices for the kids with ADHD, anxiety, and autism. But spinners were of no interest till the end of 2016. During the Holiday Season Forbes called spinner the "office toy, that one has to buy in 2017", and was referring to devices that cost from 139 to US Dollars. Spinners were called "iPhones among table toys". In 2017 spinners became more affordable, for instance Amazon offers regular versions for 2-3 US Dollars, and more expensive for USD 10-15. YouTube got full of video reviews of spinners and tricks that can be made with their help (for example, how to make spinner turn on some irregular surface, like nose top or toe).

Spinner is exerciser for wrists and fingers, is able to regulate itself, reduces stress and anxiety. It helps to concentrate on workability when required, to stabilize emotions, and reduce anger, and, what is also important, makes one feel happy to use it. It also increases tactile sensitivity and develops finger minor motoric, helping to increase intellectual abilities, visional, and acoustic perception, improves memory, and learning processes. Development of minor motoric skills follows from formation of virtuosity, labor skills, and creative activity development in children and teenagers. Spinner helps to restore motion functions of the hands after trauma and bone breakage, helps to regain muscular tonus. This unique toy can replace bad habits such as smoking, unintentional finger twisting or repetitive motions of the hands.

Right now when Fidget Spinner is on top of its popularity Delivery World successfully shipped several lots of this toys from Dubai to Antwerp and Brussels. We hope that this affordable toy that has made a real breakthrough in contemporary world will be great for many people to manage two of the most difficult issues of the modern life; to get rid from stress and to control emotions