13 to 18 of October Istanbul, Turkey, hosted another International congress FIATA (International Federation of Freight Forwarders Associations). Before this, the congress was hosted by Turkey in 2002. That time the attention of the congress’visitors and participants was concentrated on the growing importance of Turkey as of logistics hub due to its favorable geographic location, between Europe and Asia, and related perspective of international airfreight development. Nowadays the targets set and the perspectives of logistics development in Turkey stipulated on that congress are mostly accomplished, yet the role of the country on the global stage, and its trade connections continue to strengthen. Those are the reasons behind FIATA’s 2014 decision to hold its annual congress in Turkey. Delivery World representatives took active part in this autumn’s event.

FIATA program included various business events, where Delivery World’s representatives apart of learning new from the largest logistic and freight forwarding organizations and associations experts, took part in discussions of the large long term projects, such as optimization of timings and cost of airfreight from Turkey.

The frameworks of the congress included several thematic sessions, where the main was dedicated to the stable growth of activity in logistics. On the Forum held during the congress the participants discussed strategic plan of logistics development of Turkey developed by Turkish specialists. The legal issues session carefully studied recommendations of the recent 10th Lawyer’s Symposium and developed detailed plan for their integration to digital documents processing system.

Regional meetings held a part of the sessions touched upon the issues of improving logistics and economic partnership of Turkey with Africa, Asia, South and North Americas.

In addition to the tough business program, where Delivery World’s experts took active parts, the participants had an opportunity to communicate in informal environment. Delivery World’s representatives attended gala dinner, that was held on the fifth day of the congress. Light, friendly environment of the evening had positive effect on establishing firm partnership relations.

The International FIATA Congress held from 13 to 18 October in Istanbul clearly showed that Turkey is the largest international transportation hub with perfect perspectives of development for decades ahead. Due to big number of participants from all over the world, Delivery World’s representatives once again expanded our partnership network, concluded several cooperation agreements, and attracted several international Turkish goods exporters, as we deliver goods by international airfreight to Russia and CIS for almost 15 years. 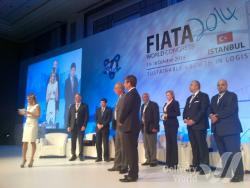 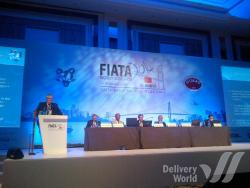 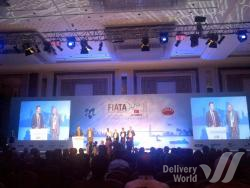 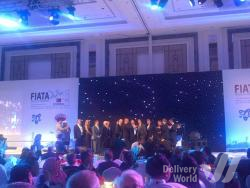 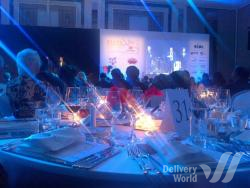 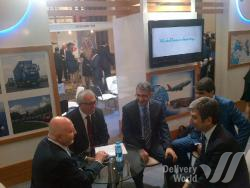