Registration
Home » About Us » News » Time is Money: Coin Counters from Taiwan to Moscow by Airfreight

Time is Money: Coin Counters from Taiwan to Moscow by Airfreight 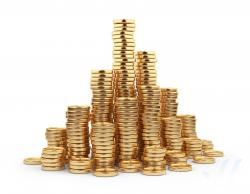 Since the coins appeared it had to be counted. First it was this was the work of the treasury keepers, tax officials and merchants. In that time it took several days to sort and to count a bag of gold coins. Luckily coin counters invented a bit later made calculation process easier. The modern bank equipment used today counts money faster, and the new models keep appearing. Some devices can calculate up to 4,000 coins in a minute, another have ability to detect fake money, sort it by value, and calculate mixed coins without sorting by value.

Selecting coins counter one has to pay attention that all mechanical units have to be stronger than those used for notes. Working with coins has its own specifics, it is important for the device to keep working smoothly. All coin counters can be divided to weight (using highly précised scales, mechanical – with manual insertion of parameters, and electronic where the most advanced where the calculations are made using electronic sensors).

The coin counters also differ by efficiency. The most simple models are made to be used in smaller cash counters, it is perfect for stores with limited coin flow. Yet, there are professional devices that can work several hours in a row counting larger number of coins.

Coin counters can be equipped with additional options making its utilization easier. For instance in some models the coins can be loaded automatically, in this case no manual work is required. Another useful option is ability of the counter to change the rotation direction that assists in getting the stuck coins out.

It has been long time the coin counters became must have for cashiers in trade companies, banks, and in other establishments, where the coins or chips have to be counted. The lot of the coin counters shipped by Delivery World this month will ease the work and safe time for many companies.