Registration
Home » About Us » News » For Those in Love with Coffee. Coffee Beans by Airfreight from Brazil and Columbia

For Those in Love with Coffee. Coffee Beans by Airfreight from Brazil and Columbia 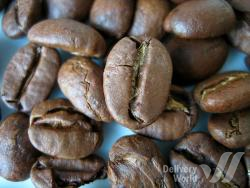 The history of coffee starts from ancient times and nobody knows its origin for sure, yet Ethiopia is considered its motherland. Later, with the help of the Arab merchants the coffee reached Yemen, through the port called Mocco, which later gave the name to one of the nowadays known types of coffee, and further spread all over the world.

There is a so-called "coffee zone" which lies not further 10 degrees of the north or south longitude, locating the countries producing coffee. All of them have different weather and nature conditions, as well as different ways for collecting, storing, producing and frying coffee berries, that later have influence on the coffee taste and aroma.

Today Brazil is the leader in coffee production reserving its position for 150 years. This country grows from one third to one half of the world's coffee volume. Arabica compiles over 80% of the harvested coffee, and it is the most spread type of coffee. Robusta compiles the remaining 20%, this type is of the lower quality, but contains twice of caffeine, strong aroma and often is included in instant coffee contents and espresso mixes.

Columbia is the second by coffee deliveries volumes. 1200-1800 meters above sea level is considered perfect for growing quality coffee, reach solids and constant control by National Coffee Federation make Columbia manufacturer of the high quality Arabica that is of the high value on the global market.