Registration
Home » About Us » News » Restriction of air traffic between Russia, South Korea and China due to coronavirus

Restriction of air traffic between Russia, South Korea and China due to coronavirus 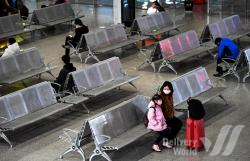 On a regular basis, four Russian airlines flew from Russia to South Korea: Aeroflot, Aurora, S7 and Yakutia. Due to the spread of a new coronavirus infection, since March 1, was decided to restrict air traffic between the countries and leave only two Russian airlines for flights: Aeroflot and Aurora. These airlines will carry out flights in Korea as long as all the citizens of Russia will not leave South Korea.

What about air traffic between Russia and China, the restriction of air traffic with this country will last until April 1, also due to the ongoing coronavirus epidemic.

Earlier in January this year, the government of the Russian Federation decided to close 16 checkpoints on the border with China. Charter flights to China were also canceled, regular flights from February 1 were canceled as well: only Aeroflot and several Chinese airlines were left with arrivals at Sheremetyevo terminal F.

Since February 2020, Russia has temporarily restricted entry to the country of Chinese citizens who travel for tourist, private, educational purposes and work in Russia. For the time being, it is still possible for Chinese citizens to enter for transit.

At the moment, the number of people infected with coronavirus in China is around 80,000, and almost 2,700 people have died. It’s noticed that the increase in morbidity outside China for the first time exceeded the dynamics within the country.